Early drawing by Raphael to be sold in New York

This remarkable early drawing by Raphael can be dated to circa 1503 at which time the young Raphel was collaborating with Pinturicchio on the fresco cycle in the Piccolomini Library, Siena.

Unpublished Magritte letters to be sold with antiques valuation of $250k

The letters contain around 40 drawings.

Andy Warhol Drawing Discovered could be worth $2 million

A British art collector has had the surprise of a life-time when he had his drawing confirmed by various authentication boards, that his piece is indeed by Andy Warhol, and one of his first ever works produced. The signed sketch depicts Rudy Vally and was hidden among several works bought by Andy Fields, 48, during a trip to Las Vegas two years ago.

On March 30th, Sotheby's is hosting a sale of prints ranging from old masters to contemporary works on paper. A highlight of the sale are a pair of Durer star charts printed from a woodcut carving.

Sotheby’s, New York, forthcoming Old Master sale features one of Batoni’s most dramatic figural compositions, a large canvas of Susanna and the Elders, which was commissioned in 1751 by Count Ernst Guido von Harrach of Vienna and sent by the Harrach family for sale in London in 1991. 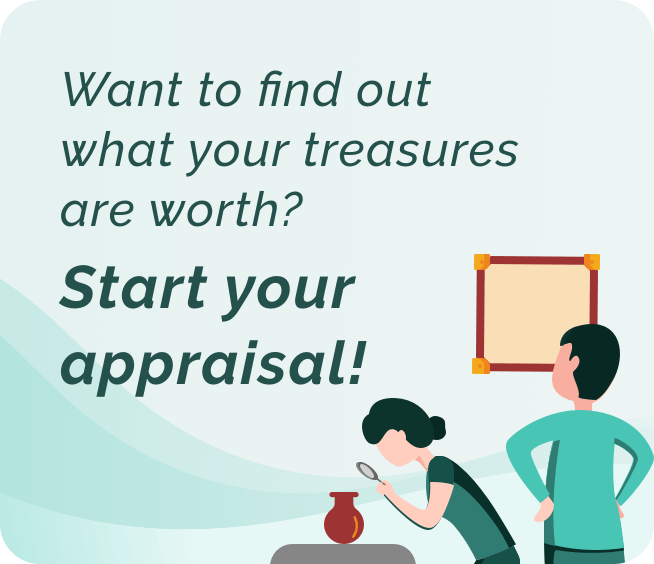 Sotheby's will be hosting a two day sale on June 13-15 in Milan of a single owner collection of Old Masters, furniture, and travel books.

Turner antique painting 'could fetch up to £18m'

Antique furniture 'among lots that raised £957k at Christie's'

Christie's has sold a lot including numerous examples of antique furniture for £957,600.

On July 6th, Sotheby's will hold their Old Masters and British paintings sale in London. The sale includes many wonderful examples of priceless landscapes and portraits as well as figure paintings.

Antique ceramics 'could go up for auction'

Relics from a sunken Chinese merchant vessel from the Ming Dynasty are being salvaged.

One singer's necklace may attract the attention of those looking for jewellery appraisals.

A selection of royal jewellery items may impress collectors in the UK.

Over recent decades it has not just been fine art that has been growing at auction but a variety of collectables. Here we exam the surprising growth of the vintage fashion market, its reason for increased price and what a collector, or even a novice should know before starting their own vintage clothing collection:

Q & A with ValueMyStuff's Furniture expert

Value My Stuff sat down with our continental furniture expert, Martin Snape, for a Q & A. Learn more about why Martin continues to love furniture and get insight into a specialist's valuation.